About the U.S. Census

The U.S. Census Bureau is the leading source of statistical information about the nation’s people, places, and economy, providing not only snapshots of the nation’s population size and growth, but also detailed portraits of the changing characteristics of our communities.

The U.S. Census is conducted every ten years.  Between ten-year census counts, the American Community Survey collects up-to-date information on the population.

Data from the U.S. Census is complied by geographic areas from the largest (whole United States) to the smallest (census blocks.) 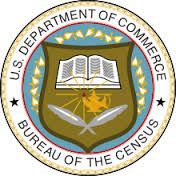