You do not have to cite common knowledge or information that most people in your audience would know without having to look it up.

What Is A Citation?

A citation is a reference to the source of information used in your research. Any time you directly quote, paraphrase or summarize the essential elements of someone else's idea in your work, an in-text citation should follow. An in-text citation is a brief notation within the text of your paper or presentation which refers the reader to a fuller notation, or end-of-paper citation, that provides all necessary details about that source of information.

Direct quotations should be surrounded by quotations marks and are generally used when the idea you want to capture is best expressed by the source.

Paraphrasing and summarizing involve rewording an essential idea from someone else's work, usually to either condense the point or to make it better fit your writing style.

Which details must be included within these citations, and how each is formatted, depends on the citation style used.

There are thousands of citations styles, but APA, MLA, and Chicago are the three most commonly used in college research writing. Each style also has formatting rules for the paper itself, including title page rules, font size, section headers, and so on.

End-of-paper citations, as well as footnotes and endnotes, include full details about a source of information. Citations contain different pieces of identifying information about your source depending on what type of source it is. In academic research, your sources will most commonly be articles from scholarly journals, and the citation for an article typically includes:

There are many other types of sources you might use, including books, book chapters, films, song lyrics, musical scores, interviews, e-mails, blog entries, art works, lectures, websites and more. To determine which details are required for a citation for a particular source type, find that source type within the style guide for the citation style you are using.

At the end of your research paper, full citations should be listed in order according to the citation style you are using:

In-text citations alert the reader to an idea from an outside source.

Parenthetical notes are inserted into the text of the paper at the end of a sentence or paragraph:>

In MLA and APA styles, in-text citations are associated with end-of-paper citations that provide full details about an information source.

Note: Different source types and situations require different information within the parentheses. Refer to a style guide for the style you are using for details.

These note numbers are associated with full citations that can appear as footnotes (bottom of page), endnotes (end of chapter or paper), or lists of cited references at the end of the paper. 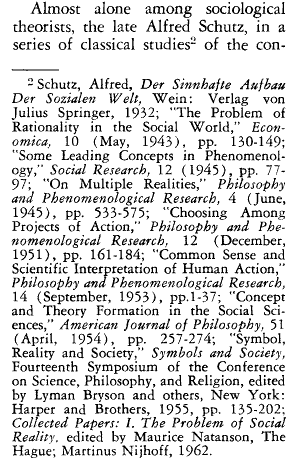